The Amazing Power Of An Advisory Board 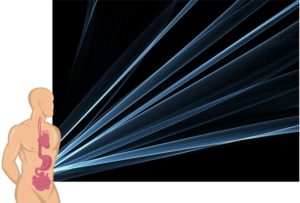 Why many heads are better than one!

“What’s Karl Duncker and radiation got to do with business advisory boards?” you ask.

Whilst researching for a public presentation recently I came across the story about Karl Duncker and I realised it explained exactly why advisory boards are such a powerful tools for business owners.

Karl Duncker was a gestalt psychologist in the 1920’s. I will summarise the story here – you can “Google it” if you want the detail. Basically, Duncker researched how people solved problems. One scenario he used to give people went along the lines of (taken from Wikipedia):

Of course, one answer is to have multiple rays all focused on the tumour from different angles such that the combined strength will kill the tumour but individually they will not harm the good tissue.

Imagine you have an advisory board and that you take along a problem, issue, idea or project, which on your own you cannot move on from, and you table it to the board. Now you have many heads focusing on your issue from many different angles, experiences, skills etc. giving you ideas and solutions. It may only take one idea, one gold nugget, to totally change your business for the better. Just one seed of an idea is all it may take to return you significant gains on your time invested in attending the board.

Could you use the power of an advisory board?

Use the ‘Contact’ tab above to enquire about your closest John Group, or click ‘next John event’ in the sidebar for details of the upcoming board meeting. You may be eligible to trial Business Owners Board for two months at no cost  – CLICK HERE TO ENQUIRE

Scroll to Top
We use cookies to improve your user experience. You can also check out our Privacy PolicyAccept